Tänak becomes only the third different driver to claim the WRC crown since 2004, while he and Järveoja are the first Estonians to ever achieve the feat. It is the fifth occasion that a Toyota driver has won the WRC drivers’ title, and the first time since Didier Auriol triumphed in 1994.

Having won six of the 12 rallies so far, Tänak arrived at the penultimate round of the season with a 28-point advantage in the championship. In the series’ only true mixed-surface event, Tänak was fifth overall following the opening day on gravel, before four consecutive stage wins on asphalt on Saturday promoted him up into third place.

On Sunday he opened up a comfortable advantage over the driver behind, but still needed to push hard on the rally-ending Power Stage to secure the title. In an incredible run over the 20.72-kilometre stage, he was 3.6 seconds faster than anyone to not only take the full five bonus points, but also grab second place overall on the rally.

Jari-Matti Latvala finished in fifth position, scoring important points for the manufacturers’ championship, which Toyota remains in with a chance of winning at the final round of the season in Australia, 18 points from the leader. After retiring on Saturday morning following a crash, Kris Meeke returned to action on Sunday under restart rules. 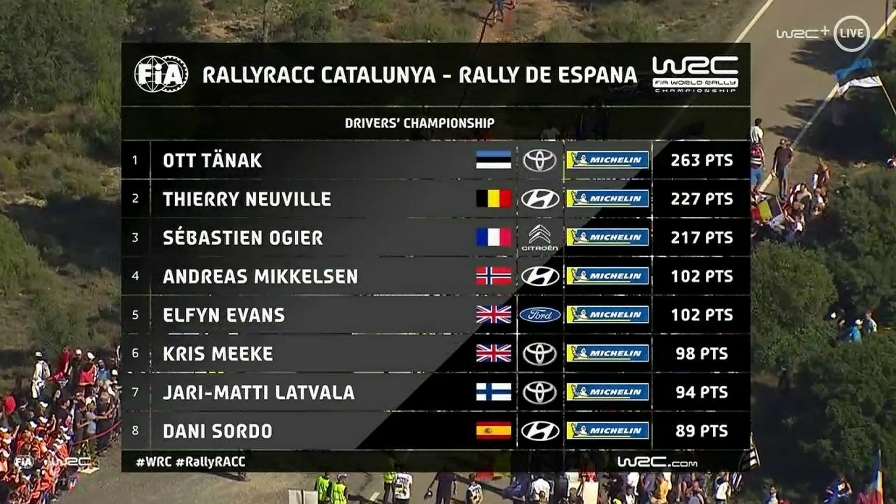