The braking requirements of an armoured personnel carrier may be different to those of a racing car, but to Alcon the challenge remains the same: to create the strongest, lightest and most efficient braking system without compromise. Our customers know that too, which is why we work with some of the world’s most renown defence contractors such as BAE Systems, General Dynamics and Patria. We supply braking components to the defence industry on vehicles as diverse as British Army Land Rover Defenders, Supacat Jackal and Coyote armoured vehicles and the 35 tonne, eight wheel Patria AMV. We also equip tracked vehicles such as tanks and vehicles with regenerative braking on one or more axles.

We are often working with vehicles so heavy that despite being relatively slow, they still need up to 30 times the brake torque used by racing cars, requiring calipers made from cast iron rather than aluminium. Even on a vehicle weighing dozens of tonnes it’s crucial our brakes play their part in not just slowing and stopping the vehicle but helping achieve the overall design objectives. For instance our heaviest cast iron caliper weighs 26kg, but it does the job of two 18kg calipers, saving 10kg of unsprung mass per wheel. On the Patria AMV we saved 800g per caliper by hollowing away redundant material, which may not sound like much on a 35 tonne vehicle, but every gramme saved means more equipment can be carried, or a greater range achieved or a reduction in fuel costs. It all counts, and that is the attention to detail you can expect from Alcon. 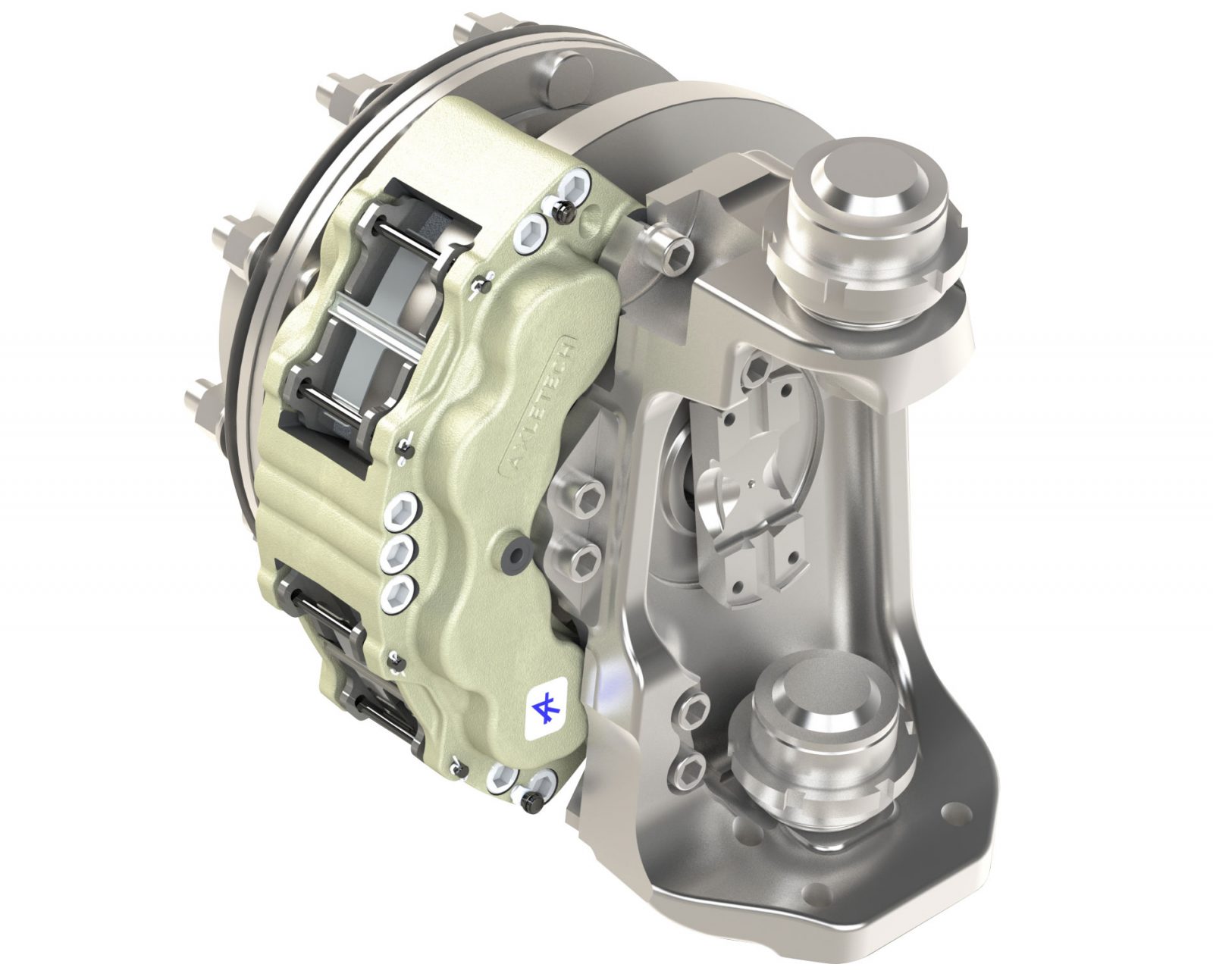