11th December 2020
More than a decade-long rivalry between friends and rally drivers Travis Pastrana and Ken Block has culminated in a passing of the torch. Travis Pastrana is trying his hand at his own Gymkhana film, shot and edited by the same crew that makes all the Gymkhana films: Hoonigan Media Machine.

Set in Pastrana’s hometown of Annapolis, Maryland, Gymkhana 2020 takes the series in a high-flying new direction and stars an 862-horsepower one-off WRX STI built by Subaru exclusively for the film. Along with the big slides and tire destruction that are typical of the Gymkhana franchise, Pastrana’s signature style and action sports background mean this installment features bigger jumps—and more raw speed—than any before it.

“Making my first Gymkhana video has been an incredible experience!” said Pastrana. “I’m so thrilled to finally have the chance to do it, especially in my hometown, so I could bring these ideas I’ve had for years to life. Plus, Subaru built me the perfect STI for it. It’s unbelievable how much power and grip this thing has, and it took all the punishment I could throw at it!”

With a mission to execute stunts unlike any seen in Gymkhana before, Pastrana’s STI was purpose-built by Subaru Motorsports USA and technical partner Vermont SportsCar drawing on the brand’s experience in rally, rallycross, hillclimbs and long-distance jumps. Starting from a production Subaru shell, the car was fully caged and lightened to just 2,623 pounds—over 800 pounds lighter than a stock STI—giving it a power-to-weight ratio of 3.0 lb/hp.

The wild-looking carbon fiber body panels were validated in the wind tunnel—a first for a Gymkhana build—to ensure stability in the air and generate maximum downforce on the ground, especially for the video’s high-speed road sequence. A DRS-style active rear wing allowed Pastrana to adjust the car’s attitude in midair for the video’s groundbreaking jump stunts.

Power comes from a motorsport-spec SUBARU BOXER engine displacing 2.3 liters and using a custom billet block and heads derived from the team’s rallycross program. The long-travel suspension, built with a huge range of adjustability to execute high-speed jump takeoffs and landings as well as super-precise proximity drifts, draws on decades of Subaru success in rally.

Put your feet up, grab a cuppa and enjoy! Watch Gymkana 2020 here. 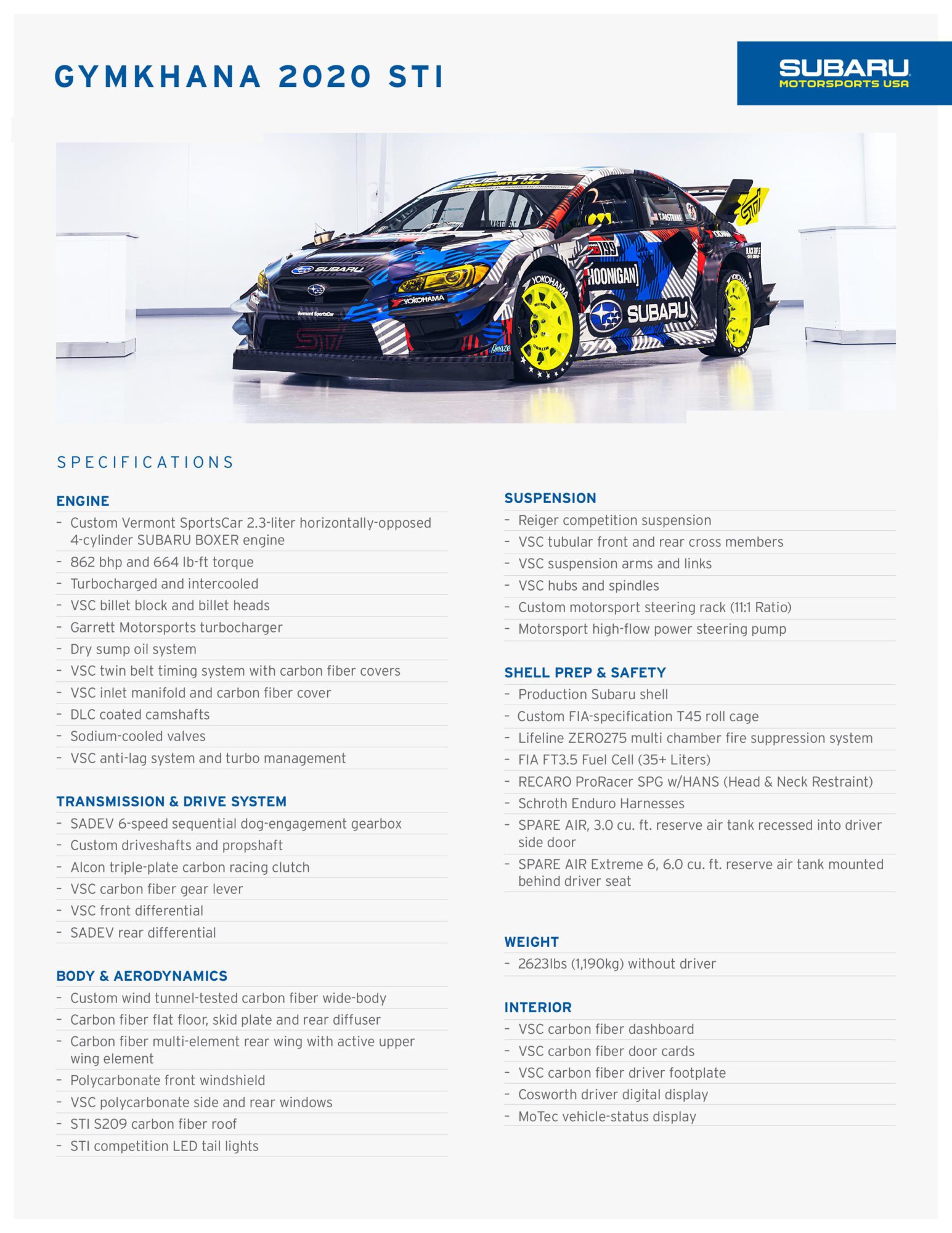 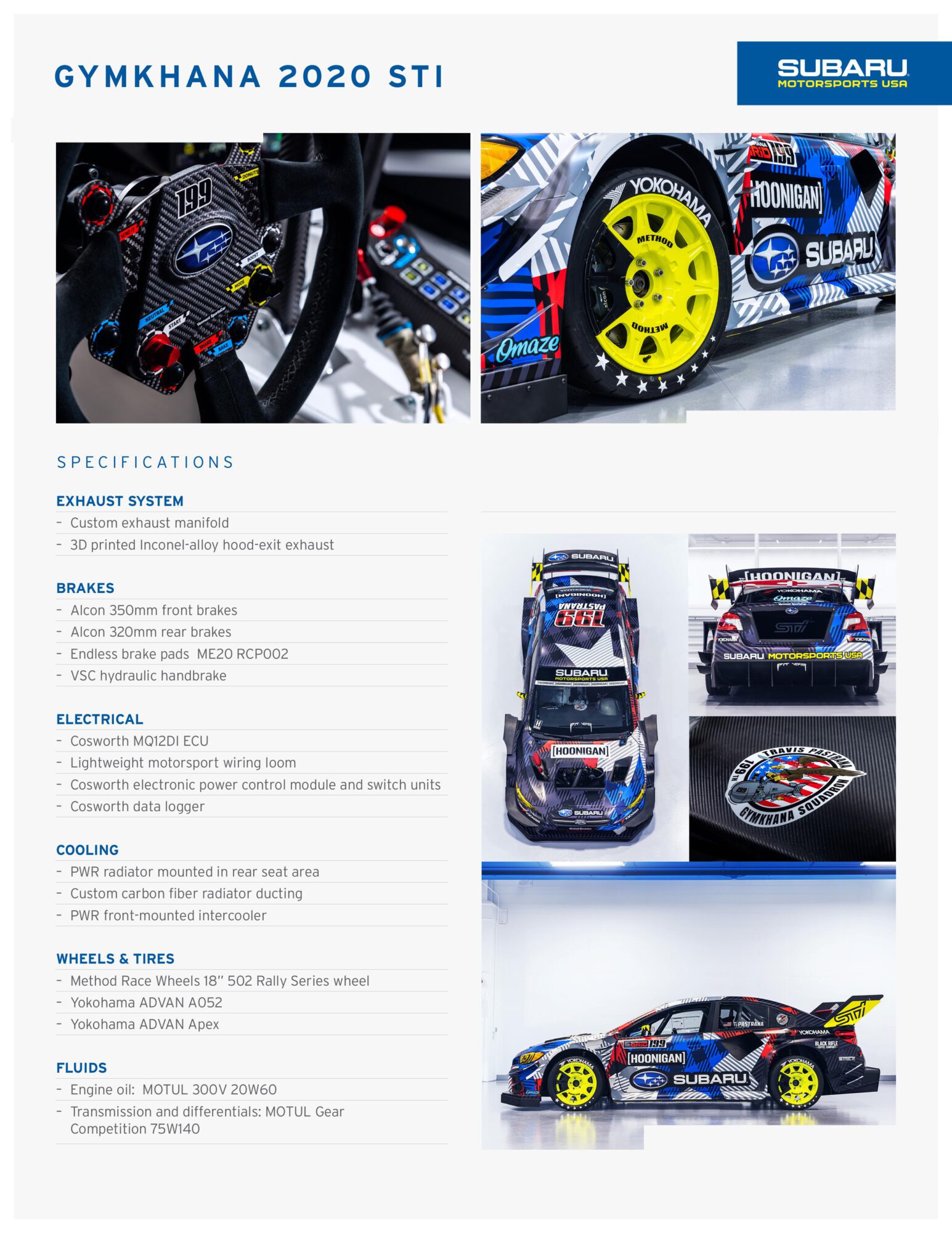