1st February 2021
Corvette Racing’s No. 3 Mobil 1/SiriusXM Chevrolet Corvette C8.R of Antonio Garcia, Jordan Taylor and Nicky Catsburg won the GT Le Mans (GTLM) category of the Rolex 24 At Daytona on Sunday for the first long-distance victory for the mid-engine Corvette race car. Taylor led a 1-2 Corvette C8.R finish to the checkered flag ahead of Tommy Milner’s No. 4 Mobil 1/SiriusXM Corvette C8.R that he drove with Nick Tandy and Alexander Sims. This is the fourth Rolex 24 victory for Corvette Racing and first since 2016.

“It was an amazing day, I think,” Jordan Taylor said. “All 24 hours in this class are always intense, and I think every year you forget how intense it is until it starts again. All the cars were pretty much within 10 seconds all race long, so no one could make a mistake. Any little mistake would put you on your back foot.”

Certainly, Jordan Taylor drove an inspired final stint to rally from a slow pit stop hours earlier that dropped the car he shared with Antonio Garcia and Nicky Catsburg from contending for the win to fourth place at the time. The hard work and inspired drive through the field secured Corvette Racing’s first Rolex 24 victory in five years – by a 3.519-second margin over the team’s No. 4 Corvette. The No. 24 BMW Team RLL BMW M8 GTE finished third.

The last time Corvette won in class was 2016, sweeping the top two podium positions then as well. This was the first endurance win for the mid-engine C8.R that began competing last year. Corvette Racing also holds the top two positions in the IMSA Michelin Endurance Cup standings after Round 1 with the No. 4 squad sitting two points ahead of their teammates in the No. 3 by a count of 19-17.

“It’s great for Corvette to get their first endurance win with the C8.R,” Jordan Taylor said. “Last year, we obviously won six sprint races and the championship, but the one that was missing was the endurance win, so to start out 2021 with the Rolex 24 win is amazing, and to do it with Nicky and Antonio. It was our first win as a trio so that’s definitely special and definitely makes us more hungry to win Sebring 12 Hour next.”

“Winning the opening race in the 2021 IMSA season keeps momentum going from the end of last season,” said Jim Campbell, Chevrolet U.S. vice president Performance & Motorsports. “What a difference a year makes! I am so proud of the progress Corvette Racing team has made since last year’s race to win the 2021 Roles 24 At Daytona with the Corvette C8.R. It so special to win this endurance race at Daytona for the fourth time in our class.” 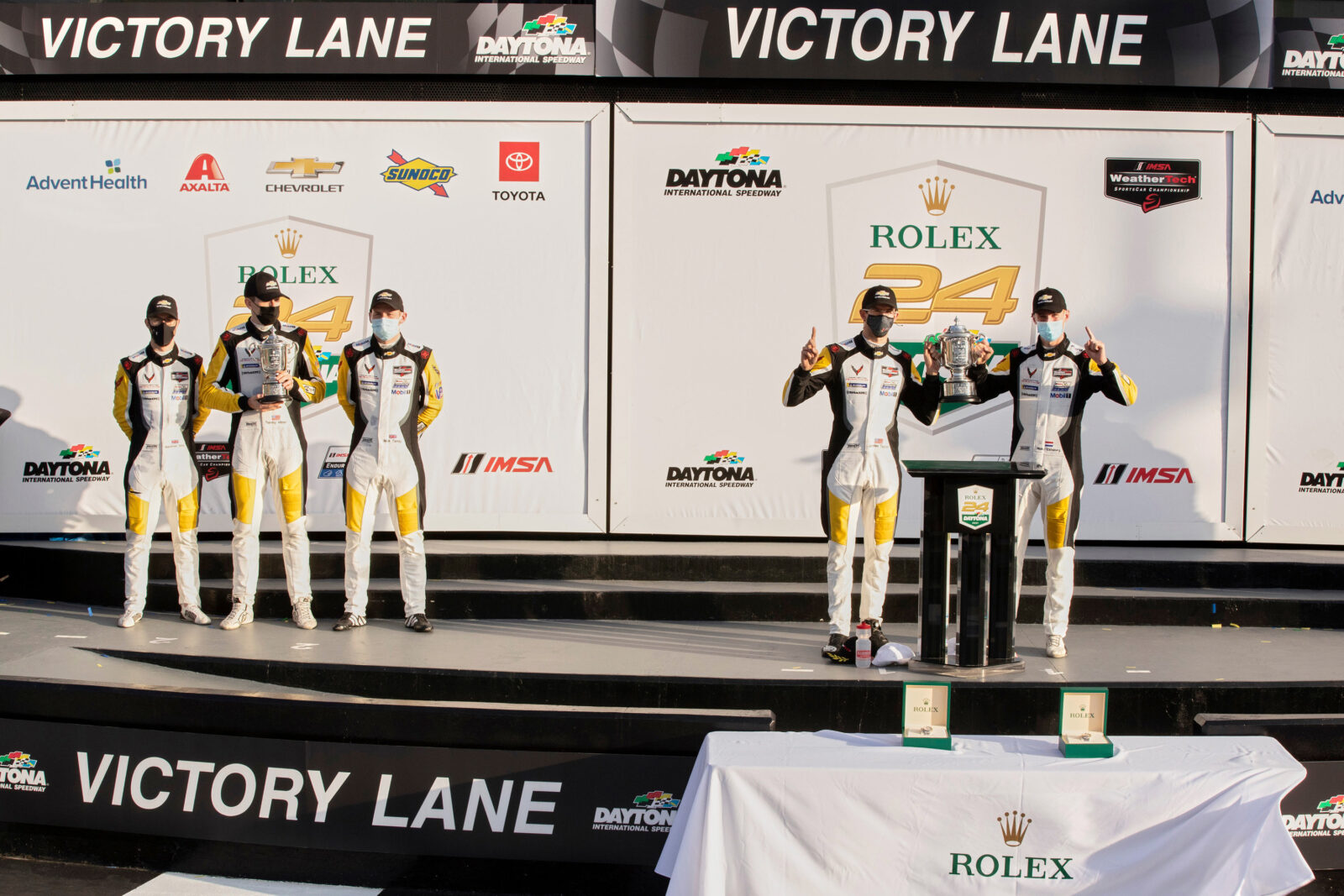