6th April 2021
Rosberg X Racing duo Johan Kristoffersson and Molly Taylor were the pace-setters from the outset in Extreme E’s inaugural race weekend in AlUla, Saudi Arabia (3/4 April), but the pair still had to dig deep in the desert to battle their way to victory and carve themselves out a piece of motorsport history.

There has been feverish anticipation in the build-up to this weekend’s Desert X Prix, and the event delivered in every aspect. Following yesterday’s Qualifying time trials, today, the drivers went wheel-to-wheel for the first time, generating some of the most spectacular images ever seen in the sport and drawing widespread acclaim from competitors and fans alike.

Alejandro Agag, Founder and CEO of Extreme E, said: “We’ve worked so hard on this for many years, and finally everything has come together this weekend. It really has been beyond my wildest expectations. If I had written a script for the perfect weekend, I could not have come up with anything better than what we have witnessed these past two days – I’ve never seen such extreme racing in my life.

“This first race weekend will have a huge influence on how Extreme E evolves, and one of the reasons I feel so proud is that we have built this platform where female drivers can shine like they deserve. What we have seen from them here is extraordinary – some incredible talent and courage – and overall, I think it’s fair to say we have really made our mark. I’m over the moon.”

Ultimately, nothing could stop Kristoffersson and Taylor from storming to the top step of the podium – not a 60-second penalty for exceeding the 30km/h limit in the driver switch zone yesterday, nor less favourable grid slots in both the Semi-Final and Final today. It was a virtuoso display of speed, skill and superhuman car control in the most challenging of conditions. 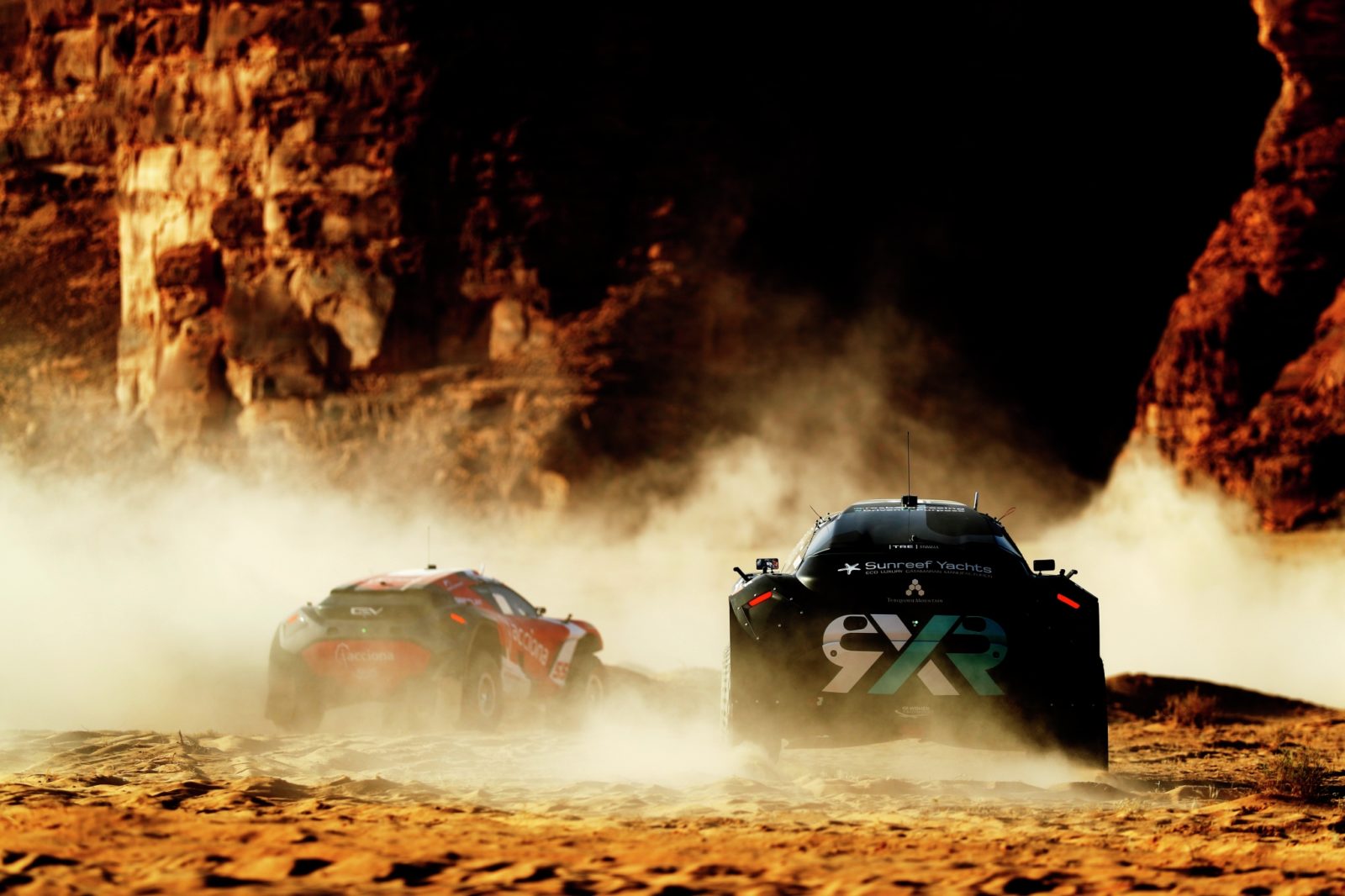 Nico Rosberg, Rosberg X Racing Founder and CEO, said: “This is insane. I’m so thankful to the whole team for the effort put in this weekend, which has been intense and really on-the-edge. Everything has come together so well and everybody has worked together so well.”

“We have a fantastic team of engineers and mechanics, who prepared perfectly for this first weekend with so many unknowns, and Molly and Johan produced some phenomenal driving. Neither of them put a foot wrong in really tough conditions, and they both showed unbelievable speed out there – their performance was really inspiring and I felt really proud watching them. To come back to claim victory after a 60-second penalty caused by a technical problem is just awesome, and they are definitely deserving winners. For the championship as a whole, it’s really been a good start.” 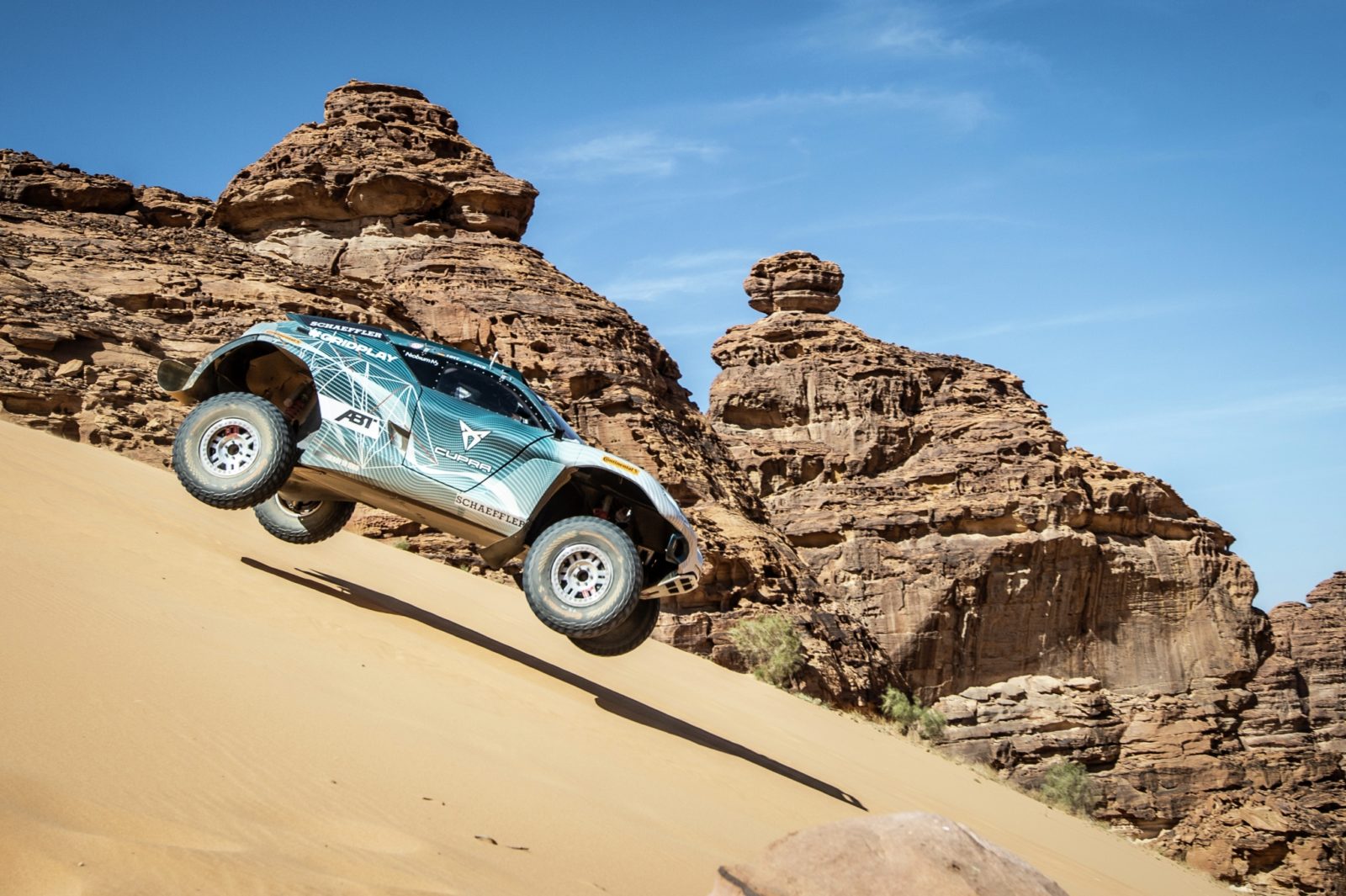 The duel for seventh place in the overall classification was fought out between Segi TV Chip Ganassi Racing (Kyle LeDuc / Sara Price) and ABT CUPRA XE (Mattias Ekström / Claudia Hürtgen), both of whom endured difficult Qualifying runs. Price initially pulled ahead by using her Hyperdrive power boost, before Ekström repaid the favour on the exit of Turn One to snatch the lead.

Once the driver switch was complete, LeDuc set about chasing down Hürtgen, but almost within sight of the finish line, the American – unsighted by the dust – made contact with his German rival and the pair both ended their weekend beached in the desert.

A demon start by 2019 FIA World Rallycross Champion Hansen saw the Swede already clear of his adversaries before the trio arrived at the first gate, with Bennett narrowly sneaking in front of former Formula 1 World Champion Button to snatch second.

Hansen opened up a 30-second margin before Munnings took over, after which, the 2016 European Rally Championship Ladies’ Trophy winner artfully managed the gap to safely bring the Andretti United car home. Giampaoli Zonca did a good job to peg her British rival throughout, with Åhlin-Kottulinsky similarly showing a strong turn-of-speed on her way to the finish line in third.

As top qualifiers yesterday, the X44 crew of Sébastien Loeb and Cristina Gutiérrez opted to start from the right-hand side of the grid for the Semi-Final – giving them the theoretical inside line for ‘Turn One’. ACCIONA | Sainz XE Team duo Carlos Sainz and Laia Sanz chose the middle slot, with Rosberg X Racing (Kristoffersson / Taylor) taking up position on the left.

When the action got underway, Sainz got the best launch to edge fellow multiple FIA World Rally Champion Loeb away from the line, with the pole-sitter briefly slipping back to third. Loeb then regained the advantage as the battling Sainz and Kristoffersson both drifted wide, but the Swede was not done yet and neatly undercut both of his adversaries on the exit of the first gate to seize the initiative.

Kicking up a sandstorm in his wake, Kristoffersson rapidly made his escape as his pursuers found themselves driving blindly through the dust – and by the time he arrived at the switch zone to hand over to team-mate Taylor, the Rosberg X Racing car was almost 13 seconds to the good.

Thereafter, the former Australian Rally Champion continued to eke out the gap, crossing the finish line just under half-a-minute ahead of Gutiérrez, as both teams successfully booked their places in the all-important Final. Another 38 seconds in arrears, ACCIONA | Sainz XE Team wound up third to slip out of contention.

As winners of the fan-led GridPlay vote, Andretti United had the luxury of choosing their starting spot for the Final. Hansen duly plumped for pole position on the right, with Kristoffersson lining up in the middle for Rosberg X Racing and X44’s Loeb taking up the third grid slot on the left.

Hansen replicated his lightning launch from the Crazy Race as Kristoffersson focussed his efforts on fending off Loeb for second, before employing the same tactic that had served him so well in the Semi-Final to sweep wide going into Turn One and undercut compatriot Hansen on the exit in a sensational switchback move.

The three-time FIA World Rallycross Champion then wasted no time at all in stretching his legs, as Hansen settled into second and Loeb – grappling with power steering problems – trailed behind the pair in third. Kristoffersson handed the car over to Taylor with a half-minute advantage, and whilst Munnings would go on to narrow the deficit slightly over the course of the second lap, the Australian always had the situation under control and wound up just over 23 seconds clear at the finish.

With the Desert X Prix now done-and-dusted, the cars will be loaded back onto the St. Helena – Extreme E’s floating centrepiece – to set sail for Lac Rose in Senegal, the setting for the Ocean X Prix on 29/30 May. 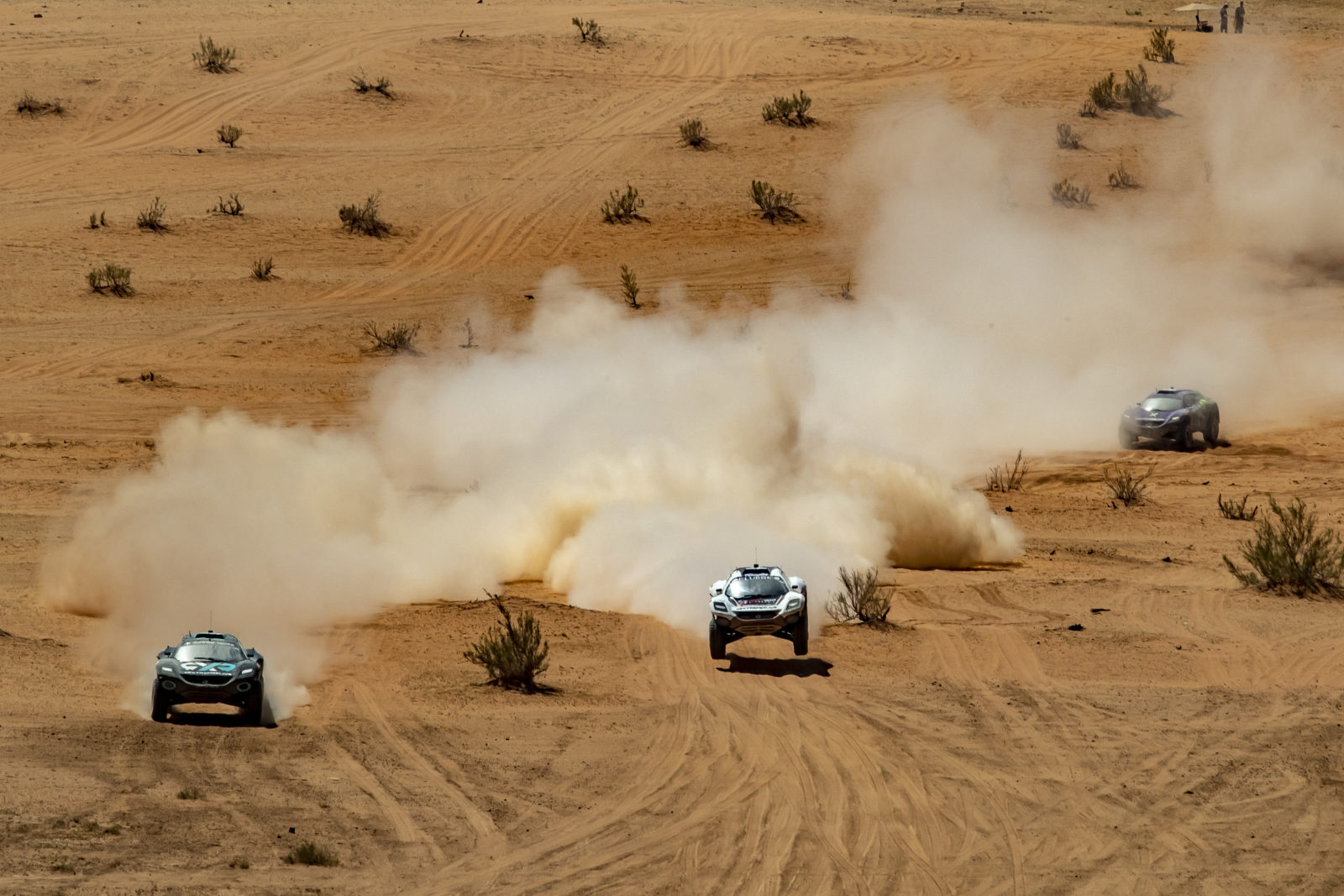