7th December 2020
Sébastien Ogier and his co-driver Julien Ingrassia have claimed their seventh FIA World Rally Championship titles with victory in the Toyota Yaris WRC in an eventful deciding round of the season at Rally Monza.

Ogier has achieved his latest success in his first season with the TOYOTA GAZOO Racing World Rally Team. The Frenchman becomes the fifth different driver in 30 years to win the WRC title driving a Toyota, reclaiming his crown after Ott Tänak won the championship with the team in 2019.

In a season like no other following the disruption caused by the coronavirus pandemic, Ogier went head-to-head with team-mate Elfyn Evans for the drivers’ title in the final round at Monza, which proved to be a demanding new addition the WRC calendar. As well as technical mixed-surface stages at the historic Italian motor racing venue that were made extra-challenging by continuous rain on Friday, the crews ventured onto nearby mountain roads on Saturday and encountered winter conditions that made driving treacherous.

Already a winner in Sweden and Turkey this year in what was also his first season with Toyota, Evans was running in a podium position on Saturday when he slipped off the road on an incredibly slippery right-hander. Having not finished outside of the top four all season up to this point, he was able to return to action under restart rules on Sunday, retaining a slim possibility of claiming a maiden world title.

The initiative however was with Ogier, who had moved into the rally lead on Saturday morning in conditions likened to those usually found on Rallye Monte-Carlo, where he is a seven-time winner. He took an advantage of 17.8 seconds into the final day, which consisted of three more stages around the Monza circuit and park. Once again, the rain made things challenging, particularly on the last stage, but Ogier made it through with a final margin of 13.9s.

Tommi Mäkinen joined Ogier and Ingrassia on the Monza podium overlooking the pit straight, receiving the winning manufacturer trophy in his final event as Team Principal before he takes on a new role as Motorsport Advisor to Toyota from January 2021.

Toyota finishes one-two in the drivers’ and co-drivers’ standings, with Evans and his navigator Scott Martin in second position following a breakthrough season in which they challenged for the championship for the first time. 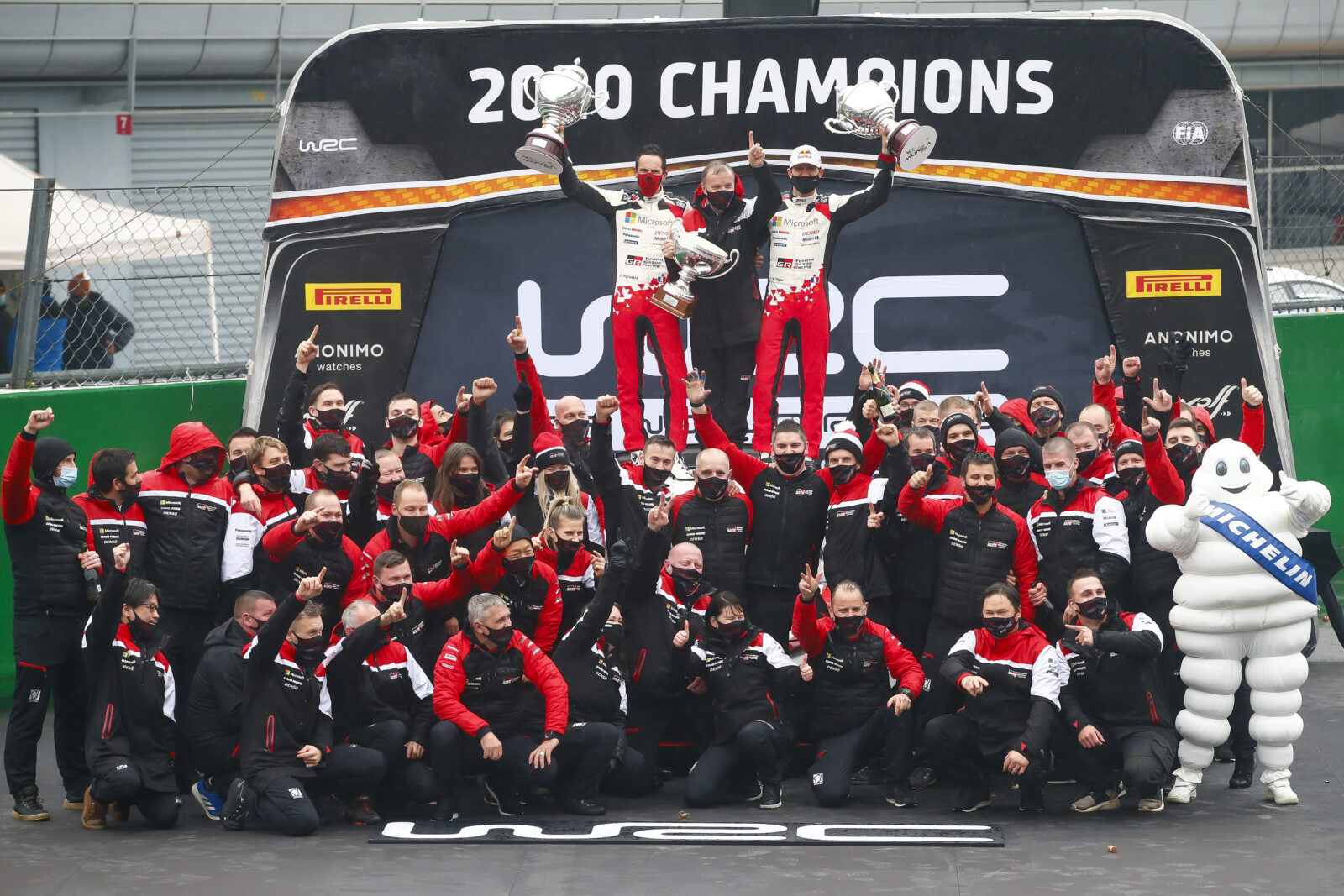